"Las Brisas AcapulcoHigh above the legendary Acapulco Bay, with breathtaking views in just about every direction, Las Brisas is a unique, charming and unforgettably romantic resort of 263 secluded bungalow style villas. On what is easily one of the biggest resorts in Acapulco, each ""casita"" boasts a semi-private swimming pool surrounded by a luxurious terrace and all the Acapulco you can handle. While the challenging landscape is tamed by some of Acapulco's most efficient and well-known pink jeep shuttles (they'll bring a generous 24-hour room service, too) the rewards of just such a landscape can also be significant.

Bay side, below, are the resort's restaurants and a unique waterfront beach club that features two magnificent stone tide-pools. Just above, on an impressive terrace, is an oversized free-form fresh water pool. La Concha restaurant, and the famous Bellavista restaurant both offer guests staggering views along with dinner, fresh seafood and plenty of local delicacies. And the resort spa, featuring couples massages, is complimented by the fitness center the salon to give you one of Acapulco's most complete couples' vacation resorts." 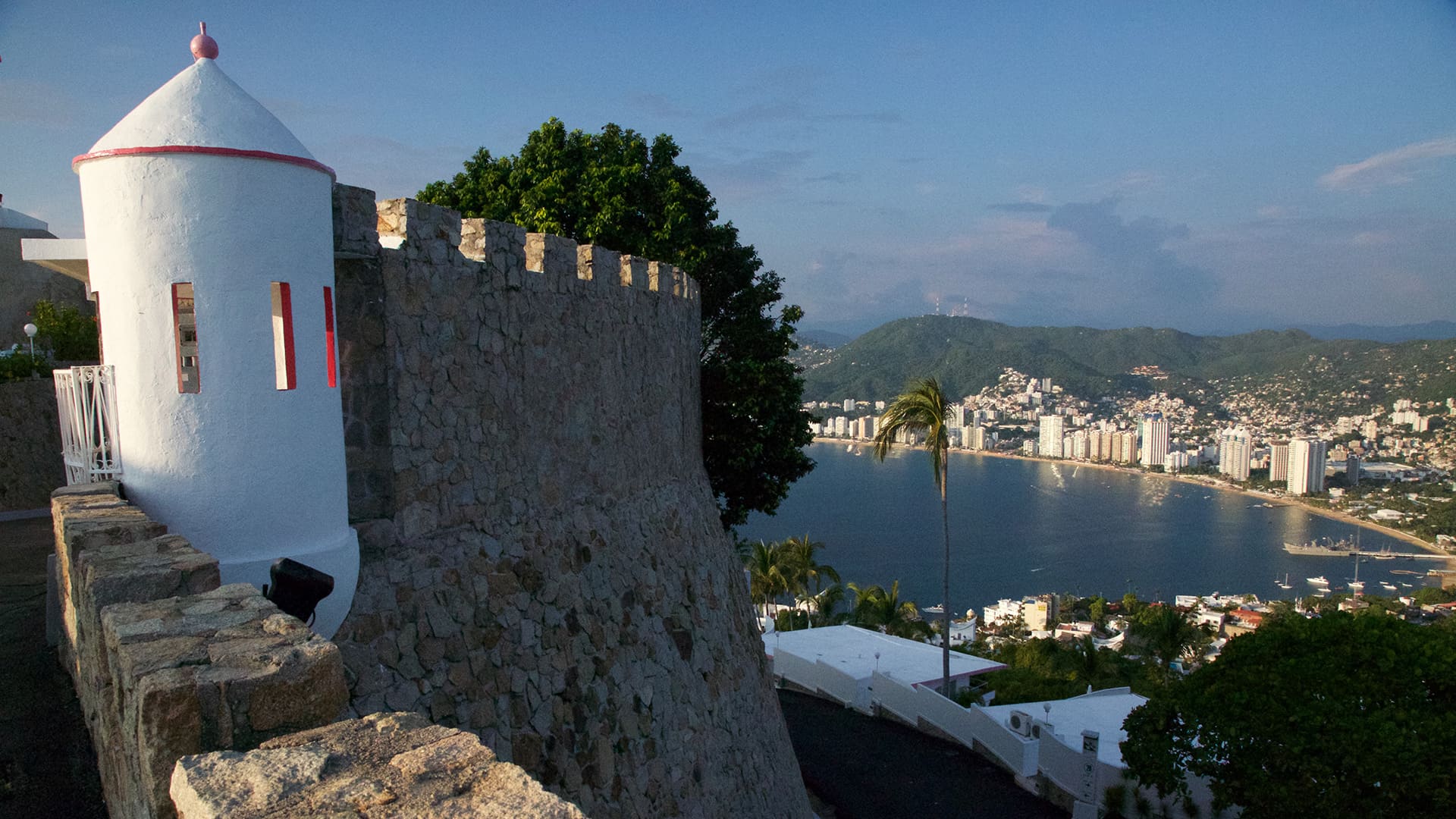 Acapulco, Guerrero What Acapulco undoubtedly has going for it, is its stunning bay: a sweeping scythe-stroke of yellow sand backed by the white towers of the high-rise hotels and, behind them, the green jungle foothills of the Sierra. Even though there are hundreds of thousands of people here throughout the year, most of the big hotels remain nearly full - it rarely seems oppressively crowded. Certainly there's always space to lie somewhere along the beach, partly because of its sheer size, partly because of the number of rival attractions from hotel pools to parasailing and "romantic" cruises.

By day, if people aren't at the beach or asleep, they're mostly shopping. If you only do one thing in Acapulco, though, make sure you see its most celebrated spectacle, the leap of the daredevil high divers at La Quebrada. About the only place in Acapulco that gives even the slightest sense of the historic role the city played in Mexico's past is the Acapulco Museum in the old town. It's situated inside the Fuerte de San Diego, an impressive, if heavily restored, star-shaped fort built in 1616 to protect the Manila galleons from foreign corsairs.

Along the Costera, downtown is packed with shops, restaurants and a futuristic discos. It is also home to the Centro Cultural, which has an art gallery, a crafts store and a theatre and also hosts a regular program of cultural events with a regional bias. Geared up for bored kids, the Parque Papagayo on Costera at Playa Hornos, offers boating, roller-skating and fairground rides. Further east round the bay, near the Centro Acapulco, the aquatic park CICI has water-based rides and puts on dolphin shows. Your kids will love it!